Decarboxylation: Prior- or Post-Extraction – What’s Best?

Decarboxylation in the cannabis processing world has been a major topic of discussion in recent years, and perhaps, still somewhat misunderstood. In terms of the science, all of the cannabinoids contained in raw cannabis flowers have an extra carboxyl ring or group (COOH) attached to their chain. Decarboxylation is the chemical reaction that removes a carboxyl group and releases carbon dioxide. By removing the carboxyl group, the main cannabinoids of interest, THC and CBD, become“activated” and ready to deliver the desired medicinal properties of cannabis to the final product.

The chemistry is important to understand as CBD and THC are not found in the raw bud. Rather the acidic forms of the cannabinoids, known as CBDA and THCA, exist in the plant. In their natural state, THCA and CBDA have different medical properties.

What are the key elements of decarboxylation? Heat or light. Cannabinoids are converted into their neutral forms upon heating or exposure to light. Depending upon the end product, processors may choose to decarboxylate cannabis plant material before or after the extraction.

Decarboxylation prior to extraction has several advantages. It is well documented that moisture content in the plant can have a negative impact on extraction yields. Water makes extractions slower and less efficient by interacting with the solvent and affecting flow during the process. Heating the material prior to the extraction removes water from the plant and increases extraction efficiency. Furthermore, neutral THC and CBD are more soluble than the acidic THCA and CBDA, making the extraction with non-polar solvents more effective at capturing cannabinoids and increasing extraction yield.

On the downside, decarboxylation prior to the extraction can cause some loss of key constituents, as heat controlled improperly can lead to degradation of terpenes and some of the cannabinoids.

Because the composition of the cannabinoids and terpenes can be affected, it is important for the plant materials to be tested before and after the decarboxylation to determine the impact on the properties of the material.

Decarboxylation without destroying valuable cannabinoids and terpenes is a precise process. There have been many studies performed on the impact of decarboxylation both prior- and post- extraction procedures and I highly recommend to read them and determine the optimum method for your operations.

Aizpurua-Olaizola O., Soydaner U., Ozturk E., Schibano D., et.al., Evolution of the Cannabinoid and Terpene Content during the Growth of Cannabis sativa Plants from Different Chemotypes, Journal of Natural Products, 2016, 79, 324-331.

Synergistic Technologies Associates is a boutique cannabis consulting firm based in the Boston, Massachusetts area. We merge technologies with traditional providers in the cannabis industry, to provide repeatable methods of saving time and money.

Subscribe to our Newsletter
© Copyright Synergistic Tech Associates 2017. All rights reserved. Created and powered by The Cannabis Marketing Lab.
Contact Us 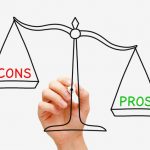 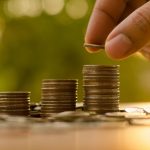 Extraction Scale-up: A Matter of Dollars and Senseexcerpt from a forthcoming book