Today is Sunday. I was supposed to have written the first part of extraction series today. But “life” happened and priorities changed.

However, that has NOTHING to do with why I did not start the extraction series as I promised in last weeks article. I would say that is fishy, but that would mean you would have had read the article and then remembered that “even a dead fish in a fast moving stream looks like it is making progress.”

I wanted to be exploring more about the extraction technologies available, but my week started by involuntarily donating what I had in the backseat of my unlocked car at 5:45 am.  Included in the donation was dirty clothing I was going to the laundromat (and duffel bag it was in), my knapsack with papers and pens and other valuables and my briefcase with my computer and lots of other essentials. I was also able to donate essential medicines from traditional pharmaceutical manufacturers as well as some cannabidiol products. The ones in the knapsack at the time of the unexpectedly generous donation were Functional Remedies’ broad spectrum CBD tinctures and capsules (functionalremedies.com) . The gym bag (filled with dirty clothes versus workout wear was given as a to me by Bill Bahko (bblifestyle.com) as well as some of the cannabidiol products that his company had made for wellness that were in the bag at the time.

These are not necessarily endorsements, just the facts of the contents that were in the back seat along with my Microsoft Surface Book computer and my Moleskin Pen and Notebook.

Are these of value to the current owners? I do hope that they try the products as they have had positive anecdotal reports from people that had used them. I am sure that most of my clothes do not fit everyone, but with the rain and cold in Northern California, I hope it was of use. Of course, having the same initials will make the use of the briefcase and gym bag less awkward too.

So the writing about extraction has been delayed. However, I do hope to be able to regroup in the next ten days.

As a sideline: The English word “news” developed in the 14th century as a special use of the plural form of “new.” In Middle English, the equivalent word was newes, like the French nouvelles and the German Neues. Similar developments are found in the Slavic languages the Czech and Slovak noviny (from nový, “new”), the cognate Polish nowiny, the Bulgarian novini, and Russian novosti – and in the Celtic languages: the Welsh newyddion (from newydd) and the Cornish nowodhow (from nowydh). (https://en.wikipedia.org/wiki/News and references within).

Synergistic Technologies Associates is a boutique extraction consulting firm based in Southern California and serving clients worldwide. We merge technologies with traditional providers in the industry, to provide repeatable methods of saving time and money.

Find Us Online
Subscribe to our Newsletter
© Copyright Synergistic Tech Associates 2017. All rights reserved. Created and powered by The Cannabis Marketing Lab.
Contact Us 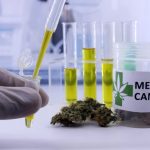 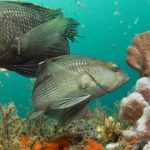