When I go to the grocery store to buy milk, I look into the refrigerated cabinet and see a lineup of 1% fat, 2% fat and 100% whole milk. I have to admit, they all look the same to me, so I can only conclude that someone is profiting from selling only a portion of the milk, or diluting it.

But, on the other hand, perhaps dairy farmers have figured out a way to raise cows that produce only 1, 2 or 100% milk? And if so, how do they raise them and how do they tell them apart?

Now you might be asking, what does this have to do with cannabis? Stick with me, it’s coming.

Now a little bit about cannabis . . .

In some cases, there are licensed cultivators raising different classes of cannabis chemovars on the same farm.  While the Class I, Class II, Class III and Class IV chemovars are raised separately from each other, it is not easy to differentiate one chemovar from another by looking at them.  The trained specialists can distinguish one chemovar from another.  But, since I am not an expert, I would need to do some simple experiments to understand the potency of natural syntheses of the major cannabinoids between the different chemovars.

Dairy products are regulated by the USA Food and Drug Administration (FDA) and the United States Department of Agriculture (USDA). It is essential to develop cultivation requirements on the percentage of fats in the products to meet the agency regulations.

“The federal Food and Drug Administration (FDA) establishes standards for different types of milk and milk products. Some states use these standards, while others have their own standards. Before 1998, the federal standards required that fluid milk sold as whole milk must have no less than 3.25% milk fat, low-fat milk must have 0.5-2.0% milk fat and skim milk must have less than 0.5% milk fat. Starting in 1998, the FDA required that milk with 2% milk fat must be labeled as “reduced-fat” because it did not meet the new definition of low-fat products as having less than 3 grams of fat per serving. Milk with 1% milk fat could still be labeled as “low-fat” because it did meet the definition. As a comparison, the light cream has no less than 18% milk fat, and heavy cream has no less than 36% milk fat”.

Enough about milk, what does all of this have to do with cannabis?

As the states strive to provide regulations that help patients and consumers to understand the differences in the formulations they are considering or ingesting, it is important to have measurable distinctions between the dosages.

How can this be possible? That is the subject of the next few blogs.

SPOILER ALERT:  Defatting is done in the dairy process.  I wonder if the same tools could be transferred to the cannabis process?

Synergistic Technologies Associates is a boutique extraction consulting firm based in Southern California and serving clients worldwide. We merge technologies with traditional providers in the industry, to provide repeatable methods of saving time and money.

Find Us Online
Subscribe to our Newsletter
© Copyright Synergistic Tech Associates 2017. All rights reserved. Created and powered by The Cannabis Marketing Lab.
Contact Us 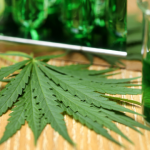 Tuning the Orchestra in Cannabis Extractionexcerpt from a forthcoming book 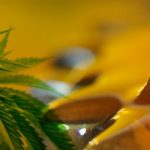 Cannabis Extractions can be a Bumpy Rideexcerpt from a forthcoming book