The word itself sounds harsh. For me, it immediately brings to mind images of a dentist armed with a drill and sharp tools and, of course, pain. I have images like those from Paramount Pictures, 1976 movie, “Marathon Man” with Sir Laurence Olivier and Dustin Hoffman. In the movie Sir Olivier’s character uses dental tools to torture people to talk. The key line in the movie is; “Is it safe?” There are plenty of agonizing torturous screams, intermingled with Mr. Hoffman telling Sir Olivier anything he thinks he wants to hear.

The harsh reality is that extraction of active botanicals ingredients seems to come with as many screams of exasperation and pain as the movie. Of course the questions about safety always come up.

So when, Rob Meagher from CBE Press asked if I would write an article on the principles and practices of extraction, I responded with a proposal to submit a series of short articles on the entire workflow — from planting the seed to plowing the last of the plant back into the soil.

Extraction in all of its forms, (really just a controlled elution of components based on solubility) is just one part of an entire workflow. To make the best of this pivotal part you need to be aware of the entire workflow.

It is critical that science in the lab be balanced with the reality of the people doing the work every day. I believe that the people on the factory floor have always found ways to make things work … and in many cases, they have never read a single paper. These experienced people are the ones who hold the real key to success in the extraction of botanicals.

There will be times when the articles will be concise. During those rare times, it will be because I had more time to prepare. “A member of the cabinet congratulated [President Woodrow] Wilson on introducing the vogue of short speeches and asked him about the time it took him to prepare his speeches. He [Wilson] said: “It depends. If I am to speak ten minutes, I need a week for preparation; if 15 minutes, three days; if half an hour, two days; if an hour, I am ready now. “– from Josephus Daniels, the Wilson Era; Years of War and After, 1917-1923.

More often than not, the articles will be filled with an aspect of the extraction stage, as well as answering some of the questions that were generated from previous articles.

Note, I have no bias on any type of solvent used in extraction. The type of solvent used is dependent upon the scientist’s need for a particular material in a particular set of circumstances. Water, butane, propane, ethanol, hexane, carbon dioxide, etc. — there are many choices. The key is that the mode is safe and the circumstances around them are used in the manner of standards in the industry.

The key is to look at the sample preparation BEFORE it goes in the extraction vessel. For example:

These are considerations even before we consider the length of the vessel, the internal diameter, and material of construction, flow path, pressure, temperature, desolvation and reclamation of solvents.

So, as we take the journey through the process, all of these factors will be considered, and, the effect that each one has on the overall process. I hope that is it brings you better productivity in your business today, or something you can use in the future.

The first topic to consider is how to choose the method to use for extraction. This is the question that I am most often asked. You must start from the end. If you do not know where you are going then any road will get you there.

What is your goal? What is the formulation that you are trying to make? The key word is “trying”. That is the beginning of Research and Development. Trying IS Research.

Is the formulation needing aromaticity (aromatherapy ingredients) or not? Is the formulation needing to have specific components? And ALL not the right answer. There has to be a priority. There has to be one choice over and another, or a class of compounds over another. There must be decisions that are made BEFORE you decide on the method of extraction or extraction mode.

Let me use a general example of a common dilemma in the medical marijuana application. Volatile compounds. Volatile terpenes and flavors in cannabis will be vaporized during the commonly used heating process of decarboxylation of CBDA to CBD (simple oven). At the temperatures used, and if no means is used to capture the volatile components, then they will be lost in the waste stream.

If you are wanting to capture the volatile components then there are procedures used to capture these components before decarboxylation. For example the essential oils of thyme can be captured with Supercritical Fluid Extraction (SFE) using CO2 at 100 bar and 40C (Chromatographia, Volume 51 No.3/4, February 2000 pg 176), and then step up the pressures to collect the other component families through the use of CO2’s unique properties of increased polarity at increasing pressure (to be covered in next article). The use of n-Butane (on UL approved technology) would be able to capture all of the components. There is less selectivity, but that might well be the BEST technology for the formulation and workflow. We will explore that also.

Does that mean that you have to only do one product?

No, it means you have to be able to adapt your process to the formulation you are making. Too many people forget that there are many ways to use all the plant. There is no waste. Everything has a use. Whether it has a value to your process is another question. One company’s waste is another company’s starting material.

So next article? O=C=O working under pressure. References to theory for those so inclined. Illustrations and word pictures for those more like me. For those that prefer to learn through the voice and lecture a short link to a presentation.   For the hands-on-learner, a couple experiments for you to explore to move from paper to practitioner.

Hoping you extract the best from your day!

John A. MacKay, Ph.D., is the Senior Director, Strategic Technology at Waters Corporation. He earned a B.A. in Chemistry from St. Lawrence University, and Ph.D. from the University of Vermont in chemistry focused on the synthesis for cancer fighting molecules using a cyclic -phosphazene backbone. After positions teaching organic, biochemistry and analytical courses, at Davidson College, Lyndon State College and UVM as well as supervising grant based funded student research projects, John joined Waters Technologies in July, 1983. His career has included many roles in product development and now heads up the newly formed Strategic Technology team for the Americas Business Operations. He is widely recognized as scientific expert in application of supercritical fluid for extraction and chromatography across a wide application space including botanical space.

Dr. John A. MacKay, PhD
Recommended Posts
About Us

Synergistic Technologies Associates is a boutique cannabis consulting firm based in the Boston, Massachusetts area. We merge technologies with traditional providers in the cannabis industry, to provide repeatable methods of saving time and money.

Subscribe to our Newsletter
© Copyright Synergistic Tech Associates 2017. All rights reserved. Created and powered by The Cannabis Marketing Lab.
Contact Us 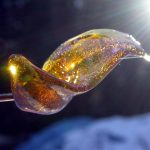 Defining the BEST Extraction. Transition in Testing TechnologyUncategorized
The Year 2023: A Peek into the Future of Extraction of Cannabis and HempExtraction